She Burst into Tears at the Doctor’s Office

Book Review: Leora’s Letters OR How I Learned Empathy for Americans During WWII – by Guest Luanne Castle

Last week I experienced an emotional interior life as I read Joy Neal Kidney’s nonfiction book Leora’s Letters: The Story of Love and Loss for an Iowa Family During World War II.

I first met Joy through her blog attached to her website: JOYNEALKIDNEY.COM

Gradually, I realized that her family story was quite remarkable, and that Joy had put it into book form. Since Joy is a joy to communicate with on her blog and mine (articulate and kind), I decided to read her book, which was written in conjunction with Robin Grunder,  although WWII is not really “my area.”

Before I started the book, I already knew the gut punch of the book; it’s not a secret that one finds out only by reading. The horrifying reality is shared right on Joy’s website. Joy’s mother Doris had five brothers. All five young men entered the war on behalf of the United States. Only two brothers came home at the end.

Although it might seem counter to know this fact up front, it actually heightened the suspense because I was reading carefully for the details of their lives as the war began and then continued, luring one by one of the brothers into the war. I wasn’t sure who would survive and who wouldn’t—or what would happen to them before they died and how they would die. What a page turner!

I was captivated by the life of these Iowa farmers from the beginning. Hard working and smart, they also were satisfied with so little—simple, healthy food; satisfying work to perform; family togetherness; and aspirations for the future. I fell in love with each one of these brothers as they shared their hearts and lives through letters to family members, especially their mother Leora. They were not small-minded or selfish, but operated out of honor and a humble pride.

During the last section of the book, I was reading in the doctor’s waiting room because I couldn’t put the book down except when I absolutely  had to. I read something so really small, but so powerful, that I burst into tears right there in front of the other patients. That’s a warning to you if you read the book in public.

This book is not a novel. It doesn’t have the frills of one. Joy curated the letters and wove the story around  the letters in a very graceful way. I was so impressed with the powerful and understated writing skills that went into crafting the book. The editing job was also well done. Now I have much more feel for what my father-in-law went through in WWII. And for that entire generation. 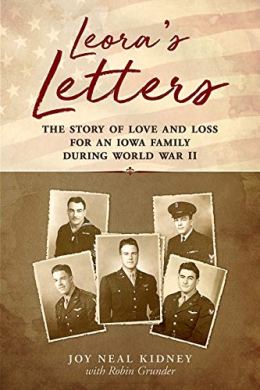 My father-in-law Murray Scheshko (later known as Castle) was part of the 353rd Fighter Group that flew bombing missions over occupied Europe. They are considered heroes in England. Murray was not a pilot. He was staff sergeant, an “armourer,” which means that he was in charge of the weapons for the group. His file was destroyed in the 1973 National Archives fire, but there are records associated with his payment history. According to a transcript of the record he also served in the following “battles and campaigns”:

Here is a photo of Murray: 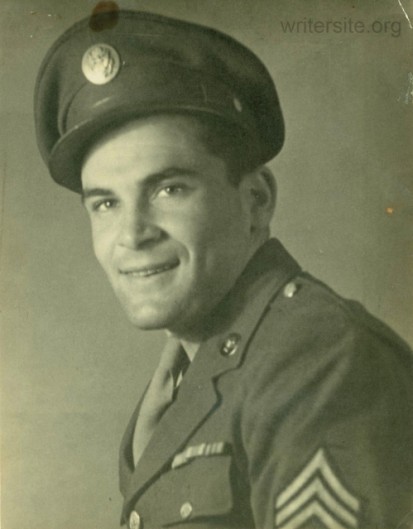 Murray died in 1984 from a heart attack he experienced while on a commercial plane flight.

I never thanked him for his service.

Luanne is the author of the marvelous collection of poetry and short fiction capturing vignettes of her family history, Kin Types–the only book of poetry I’ve featured on my website. A refreshing way of capturing the people on one’s family tree.

This site uses Akismet to reduce spam. Learn how your comment data is processed.