Gaston Adier, Mayor of Carling, France, has visited the grave of Iowa’s Danny Wilson at St. Avold several times. He’s sent photos of him with the grave alone, with his wife and brother, and with groups of school children. He talked to them about this American pilot who gave his life to help wrench Europe from tyranny.

So that he’d have more information about Danny, even from childhood, I sent him these photos. He didn’t need any English in order to share them. My blog post, though, on Monday was about how they made sure that who is buried in that grave in France is indeed our Danny Wilson. He was frustrated because of the language barrier, and we tried to find a solution. Facebook offers translations, but that doesn’t work even if the blog post is shared there.

Yesterday, Justus from Iowa PC Services added a translator plug-in, and in time that Mr. Adier was able to read it! Check it out, lower right-hand corner. Several languages to choose from.

Danny Wilson was born in Stuart, Iowa, USA in 1923, the sixth child of Clabe and Leora Wilson.

After they moved to Dexter when he was small, Danny needed surgery in Des Moines for a mastoid behind his ear. He was only four years old. 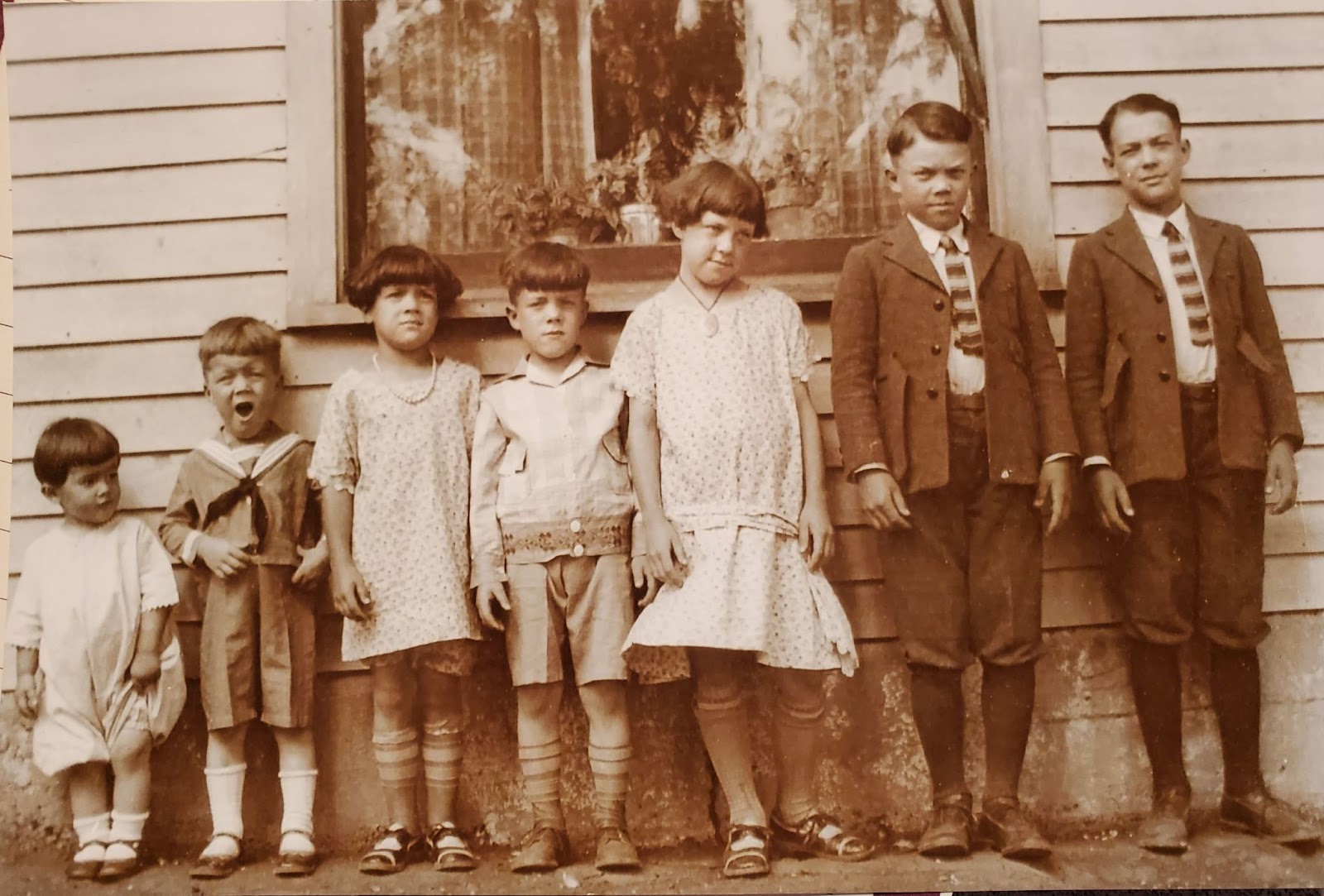 Danny is the boy yawning, about the time of his surgery.

During the Great Depression, his two oldest brothers joined the Navy, leaving two sisters and three brothers at home. 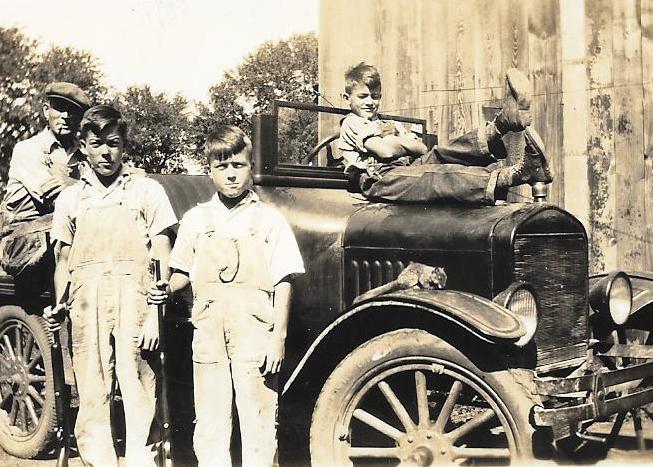 Danny is the middle boy, about 11 years old.

Their father Clabe, then Dale, Danny, and Junior.

Their pet squirrel is on the fender. 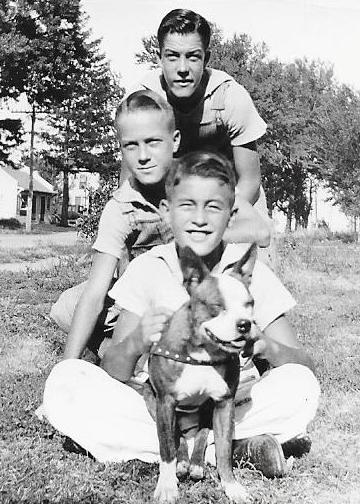 They also had a pet dog named Spats. 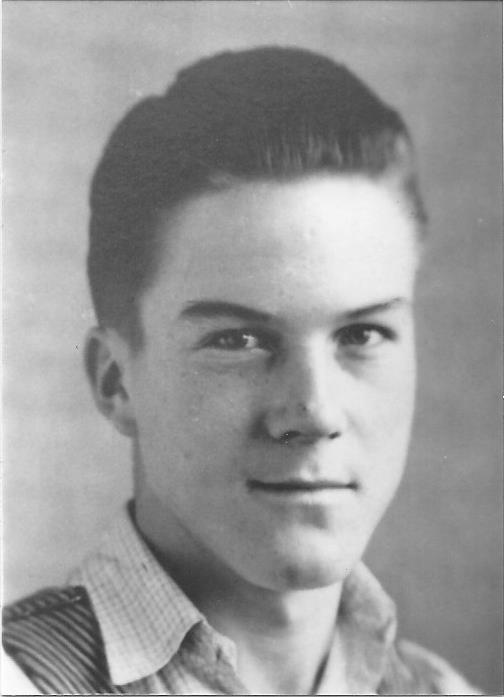 The family moved to Minburn, Iowa in 1939, as tenant farmers. Danny graduated from high school in 1941, named Valedictorian for having the best grades in his class. 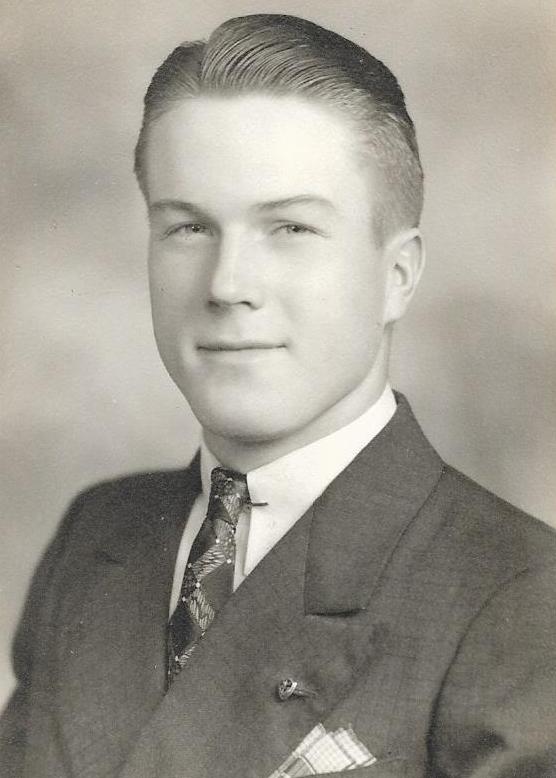 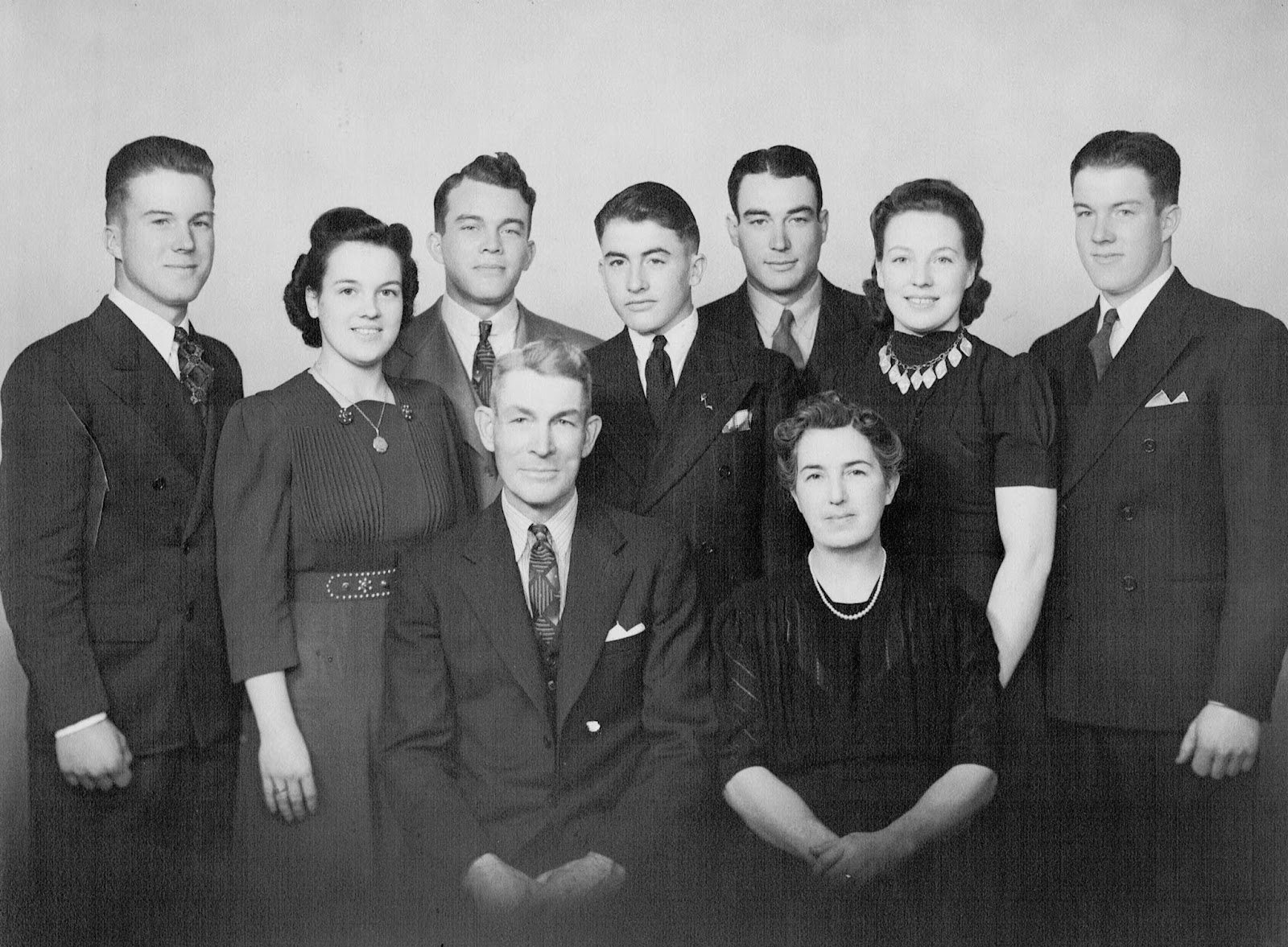 Danny and Junior were still in high school. Darlene was Dale’s twin.

Donald and Delbert served in the Navy.

Daniel, Junior, and Dale became pilots, and all three were killed.

Danny Wilson farmed with his dad and brothers until joining the Army Air Force in 1943. 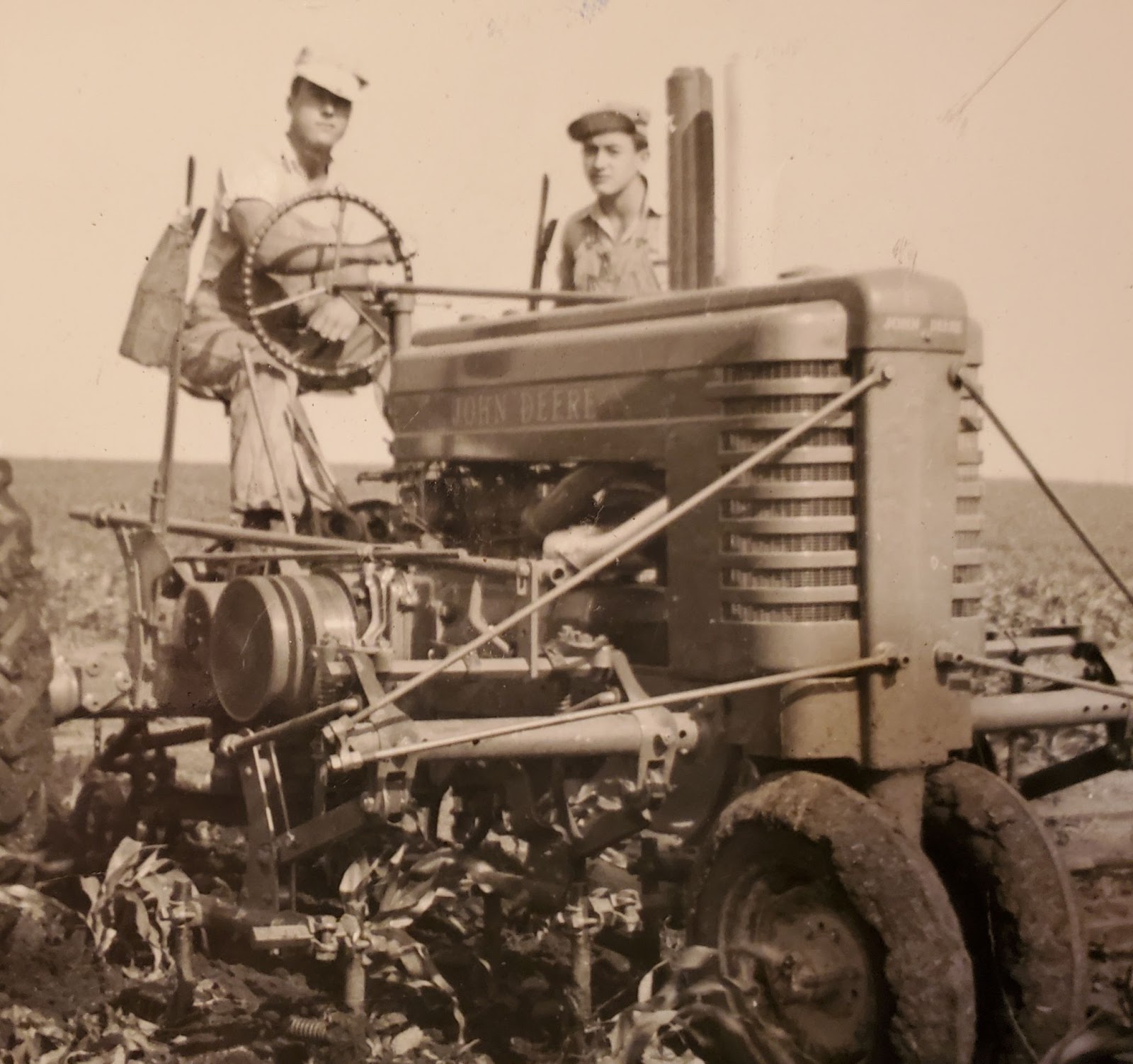 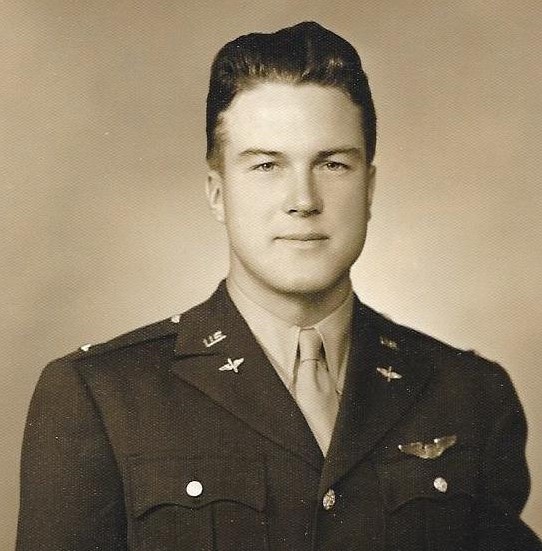 Received his wings in March 1944 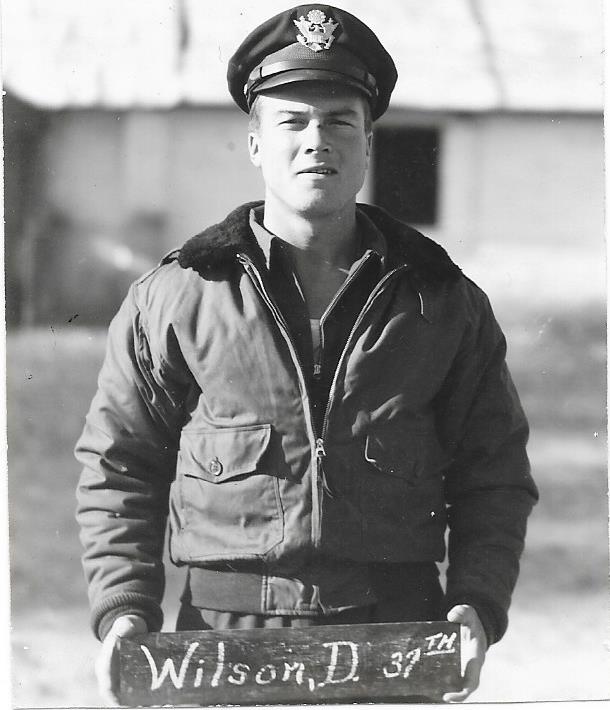 Dan Wilson at the base of the 37th Fighter Squadron, 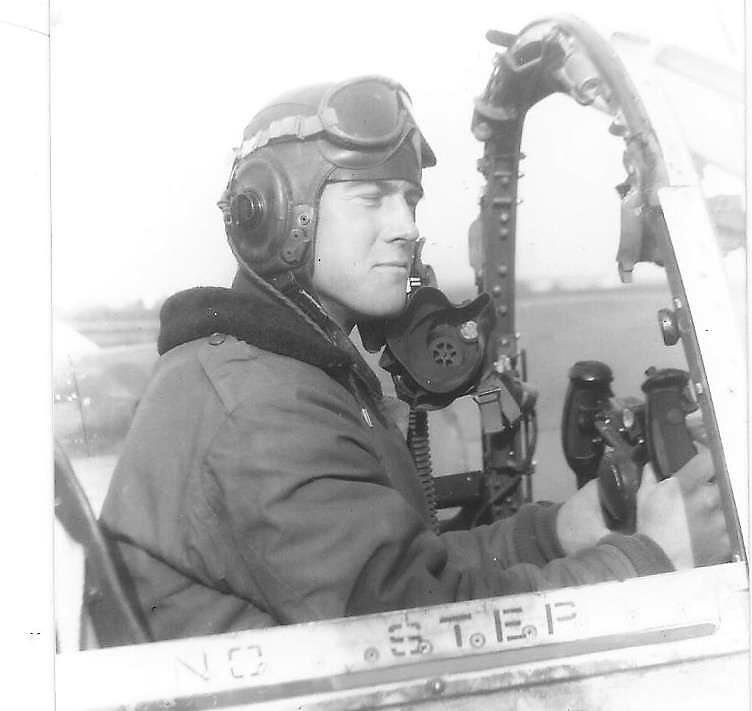 Dan Wilson with his P-38 Lightning 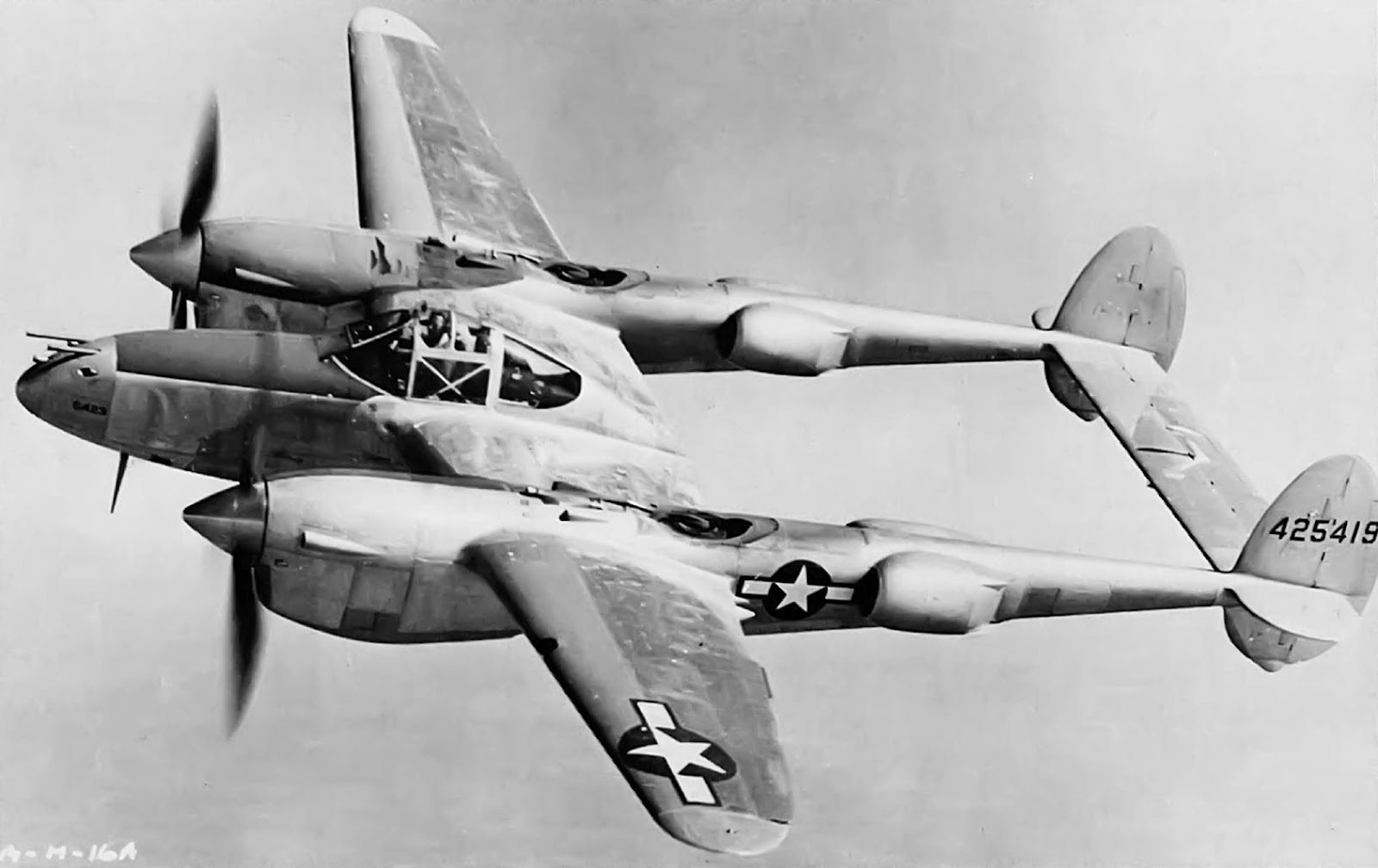 He and his brothers are honored on the Dallas County Freedom Rock at Adel, Iowa.

Now, if we could only get Leora’s Letters: The Story of Love and Loss for an Iowa Family During World War II translated into French.

This site uses Akismet to reduce spam. Learn how your comment data is processed.